All about Natural Gas: Composition and Properties, Extraction and Use of Natural Gas

Due to its high energy efficiency and environmental friendliness, natural gas, along with oil, is of paramount importance. It is widely used as a fuel and also serves as a valuable raw material for the chemical industry.

And although the use of gas has become routine and commonplace, it is still a complex and dangerous substance – it takes a long and complex path to get into the burner of a gas appliance.

In this article we will discuss the main issues related to natural fuel gas – we will talk about its composition and properties, describe the stages of gas extraction, transportation and processing, the spheres of its application. We will consider modern ideas about the origin of hydrocarbon reserves, interesting facts and hypotheses.

What is natural gas?

It is commonly believed that gas lies underground in voids and can be easily extracted by drilling a well. But in reality everything is much more complicated: gas can be inside porous rock, dissolved in water, liquid hydrocarbons and oil.

To understand why this happens, it is enough to remember that the word “gas” comes from the Greek “chaos,” which reflects the principle of the behavior of matter. In the gaseous state, molecules move chaotically, striving to fill the entire possible volume uniformly. Due to this, they are able to penetrate and dissolve into other substances, including denser liquids and minerals. High pressure and temperature greatly enhance the diffusion process. It is often in the form of this “cocktail” that natural gas is contained in the subsurface.

But first, let’s talk about what natural gas consists of and what it is all about – let’s look at the chemical composition and physical properties of natural combustible gas.

Gas extracted from the subsoil, which is called “natural” gas, is a mixture of different gases.

According to its composition, it is divided into three groups of components:

The first and main group is a set of methane hydrocarbons (homologues) with the number of carbon atoms from 1 to 5. The largest percentage in the mixture is methane (70 to 98%), which has one carbon atom. The content of other gases (ethane, propane, butane, pentane) varies from units to tenths of a percent.

In addition to hydrocarbons, the mixture may contain non-flammable substances in small quantities: hydrogen sulfide, nitrogen, carbon dioxide, carbon monoxide, hydrogen and others. But, depending on the field, the proportions of hydrocarbons, as well as the composition of other gases may vary significantly.

According to its physical properties, methane CH4 is colorless and odorless and very flammable. At concentrations in the air it is explosive. This property, coupled with its odorless nature, poses a great threat and problem. Especially in mines, as methane is absorbed by coal.

We wrote about the causes of gas explosions in domestic conditions in this material.

In order to give gas an odor, in order to detect its leaks, special substances with an unpleasant odor – odorants – are added to it before transportation. Most often these are sulfur-containing compounds – ethanethiol or ethylmercaptan. The fraction of the impurity is selected in such a way that a leak can be sensed at a gas concentration of 1%.

Where does the gas in the bowels of the earth come from?

Although people learned how to use gas more than 200 years ago, to date there is no consensus about where gas comes from in the bowels of the earth.

There are two main theories of its origin:

In a field, gas may be in the form of a separate accumulation, a gas cap, a solution in oil or water, or gas hydrates. In the latter case, the deposits are in porous rocks between gas-tight clay layers. Most often these rocks are compacted sandstone, carbonates and limestone.

Because gas is lighter than oil and water is heavier, the position of the fossils in the reservoir is always the same: gas on top of oil and water propping up the entire oil and gas field from below.

The gas in the reservoir is under pressure. The deeper the reservoir, the higher it is. On average, for every 10 meters, the pressure increase is 0.1 MPa. There are reservoirs with abnormally high pressure.

Not so long ago it was thought that the world’s oil and gas reserves must be depleted at the beginning of the XXI century. For example, the authoritative American geophysicist Hubbert wrote about this in 1965.

In the opinion of the doctor of geological-mineralogical sciences V.V. Polevanov, such misconceptions are caused by the fact that the theory of the organic origin of oil and gas is still generally accepted and owns the minds of most scientists.

But many facts speak against the organic origin of hydrocarbons.

Here are some of them:

How does extraction and transportation work?

The process of natural gas production begins with the construction of wells. Depending on the location of the gas reservoir, they can be up to 7 km deep. As the well is drilled, a pipe (casing) is lowered into the well. To prevent gas escaping through the space between the pipe and the borehole walls, tamponage – filling the gap with clay or cement – is done.

After the construction the derrick is removed and the gushing armature is installed at the head of the casing. It is a construction of gate valves and valves, it serves to withdraw gas from the well.

The number of wells can be quite large.

The main type of gas transportation over long distances is the trunk pipeline. It represents a system of complex engineering structures from the pipelines themselves to underground storage facilities.

At the end of the trunkline are gas distribution stations (GDS). Here the last purification from impurities of dust and liquids, pressure reduction to the level required by consumers, its stabilization, gas flow metering and addition of odorant take place.

Gas conversion to the liquid state is performed at special LNG plants. The process takes place in two stages: first the methane is cooled down to -50 °С and then to -163 °С. During this process its volume decreases by 600 times.

The high flammability of natural gas determines its main application. It is used as fuel in plants, factories, cogeneration plants, boilers, institutions, homes, agricultural facilities and many others. We recommend to get acquainted with the rules of gas use in the home.

Extraction and processing of oil is always accompanied by the release of associated gas. In some cases its volume may be impressive and may be up to 300 cubic meters per one cubic meter of crude oil.

But there is a large number of fields where the natural associated gas is not used, and is burned in flares. For example, up to 25% of useful raw materials are lost in this way all over Russia.

Part of the associated gas goes to gas processing plants. It is used to produce purified dry gas that is used for heating. Another valuable component is a mixture of light hydrocarbons.

Then it is separated into fractions in special facilities. The result is such hydrocarbons as propane, butane, isobutane and pentane. They are liquefied to reduce their volume and make them easier to transport and store.

Propane and butane are used for heating homes with cylinder gas or for cars. But most of it goes to the petrochemical industry for further processing.

Through high-temperature heating (pyrolysis), they are used to produce the main raw material for all synthetic materials: monomers: ethylene, propylene, butadiene. Under the action of catalysts they are combined into polymers. This yields such valuable materials as rubber, PVC, polyethylene and many others.

Blog
Seismic Surveys as an Oil Exploration Method
Seismic surveys are perhaps the most important of all
0 1.1k. 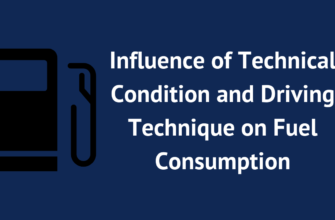 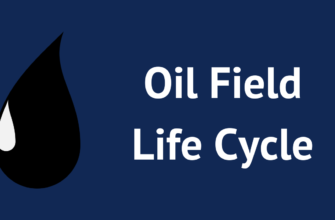